What is a Letter of Patent?

A community is incorporated by the province as a municipality when Cabinet approves a legal document called Letters Patent. The Letters Patent establish the municipality's name and boundary, provide for the first election of the mayor and council, and contain a number of transitional issues. 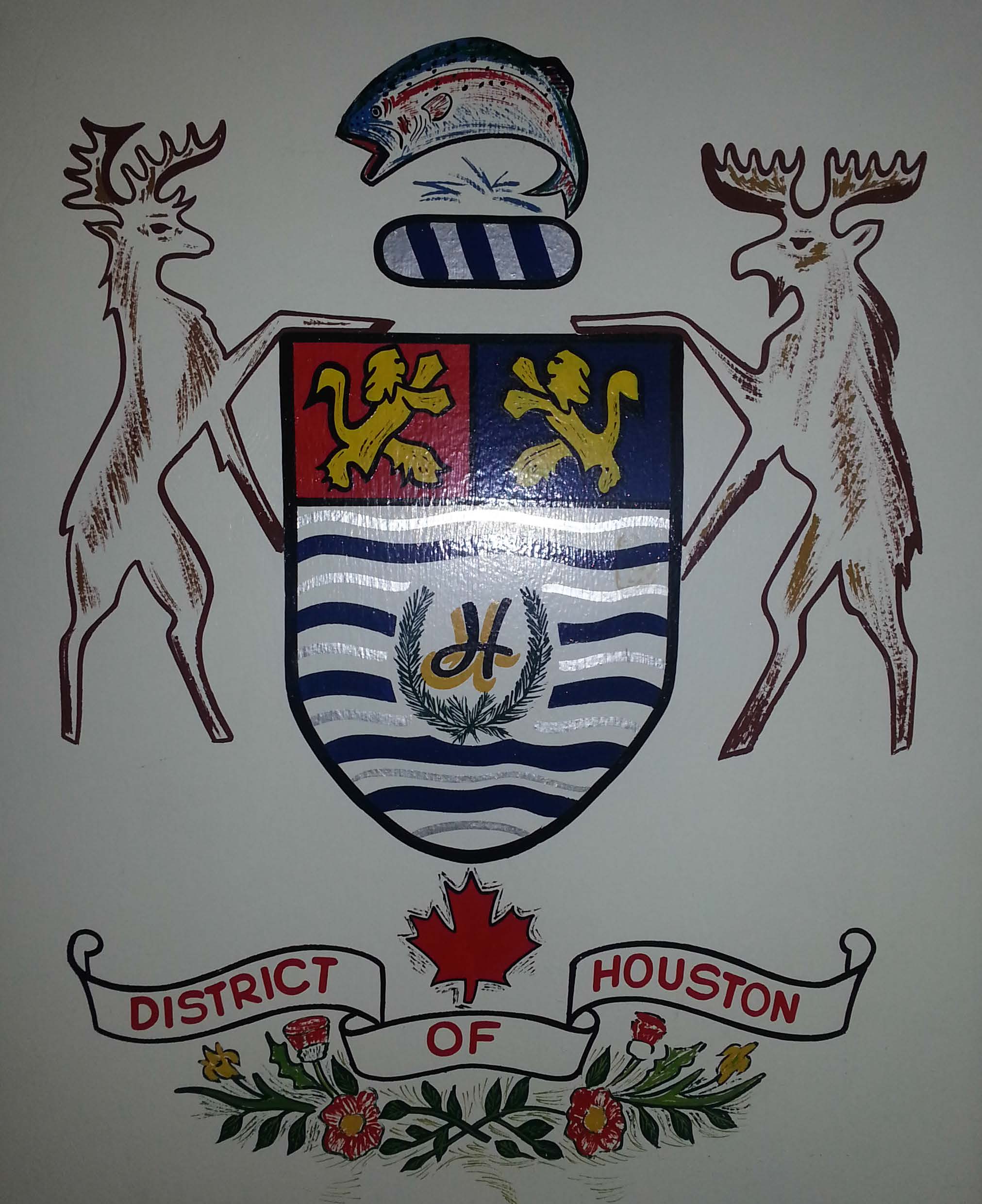 What the Coat of Arms means

The chief top thirds of the shield is erect lions

First, the gold lion on red background is from the Canadian Coat of Arms to indicate that we are Canadians.

Second, the gold lion on blue background from the Netherlands Coat of Arms to recognize the contribution to thier community of those citizens and their descendants, from that country.

The lions coming from the east and west also represent the courage of the pioneers of this area.

Below the Chief, on a ground of blue and silver wavy bars presents the creeks, rivers and lakes of the area is a wreath of evergreen boughs and representing the importance of the lumber industry to Houston.

The initial "H" in the center is, of course, to signify Houston's geographic location in the province of British Columbia and replaces the western sun on the Provincial Coat of Arms

The dominant colours of silver and blue, in the shield and crest, also recognize the importance of silver mining and the rivers of the area.

The deer, moose and trout recognize the abundance of hunting and fishing in the Houston area.